By Fernando Barros Lirola on 8 enero, 2016 in Conciertos 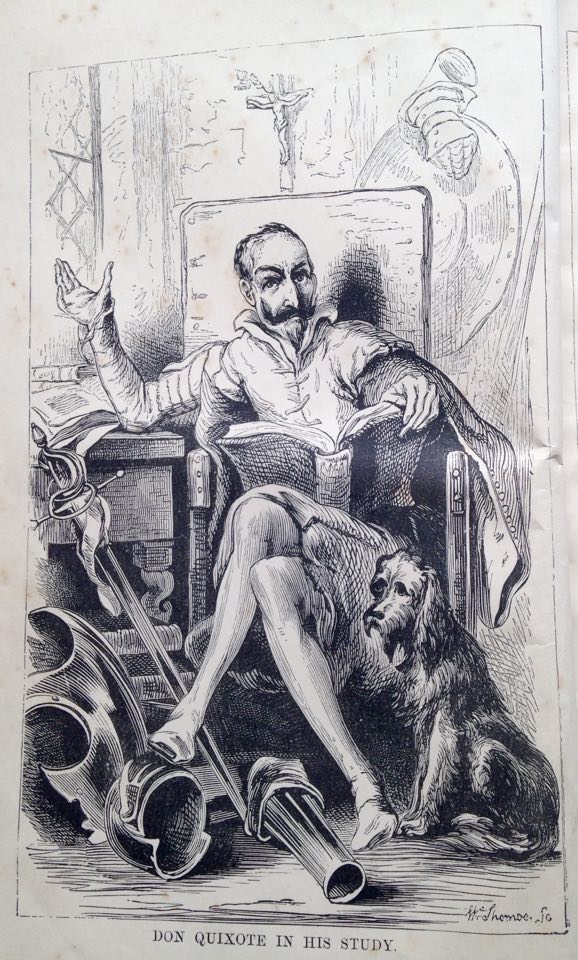 Shakespeare Cervantes
The nucleus of this presentation features episodes in song about the seminal work of Miguel De Cervantes, “Don Quixote”, a novel that was written for the people 400 years ago. It served as inspiration for Shakespeare’s long-lost play, “Cardenio.” Both exemplify loss, duplicity, forgiveness, repentance and the triumph of love over travails.

Lorca’s Universe
and the Soul of Flamenco 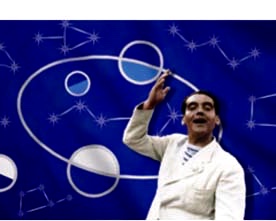 The poems and lyrics of the “Romancero Gitano”, emphasize the lineage of songs that would lead Lorca and others to create the “Cante Jondo” in 1922, celebrating Spain’s patrimony of Flamenco. Later, observations made during his journey to the United States and Cuba in 1929, inspired him to write the rumba-style poem: “Sounds of Blacks in Cuba”, published in his epic, “The Poet in New York.” His ideal of liberty and equality: each person has bread and at least one book. 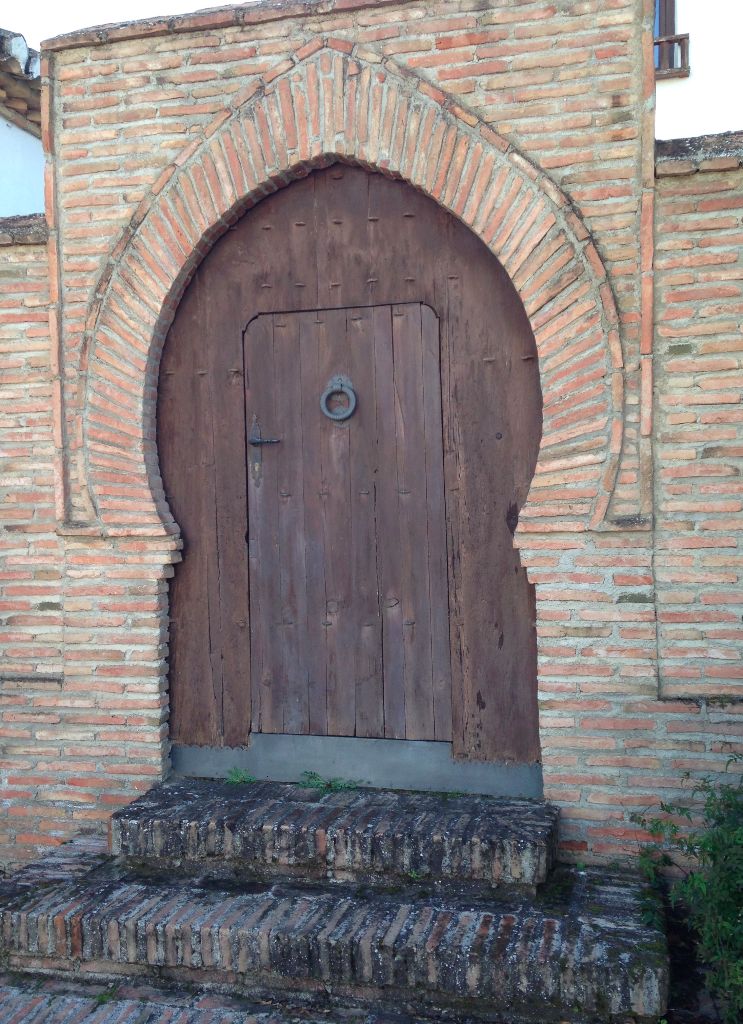 With this performance, we honor the memory of Federico Garcia Lorca who was assassinated in Spain 80 years ago this August. We are grateful to the Parque de Ciencia in Granada, Spain, for this deeply inspired, original formatting of the audio-video revealing Lorca’s life, art and writings, some in his own voice.
Echoes of Medieval Andalusia
in Flamenco
Footprint of the Alhambra in the U.S.
A multi-media presentation on the influence and impact of Washington Irving (American author 1783-1859) to preserve the Alhambra in Granada, Spain, inspiration for the Scottish Rite Temple in Santa Fe, NM.
With this performance, we acknowledge Spain’s Occidental heritage, while honoring the romantic ideals of the Oriental/Arabic influences on Andalusia with original compositions by Fernando Barros and ancient Sephardic melodies.

UN CUENTO FLAMENCO EN NAVIDAD
There was a time when Spain was experiencing its own renaissance, a time when three cultures – Jews, Arabs and Christians – lived in peace.

With this performance, we celebrate the holiday season by performing music from the medieval times to the present. Fernando Barros has composed and sings music for the oud, flamenco guitar and dance. Our idea is encapsulated in the form of an original story (cuento) written by Melissa Moore. Like all traditional fairy tales, we begin with, “once upon a time in a land far away…” 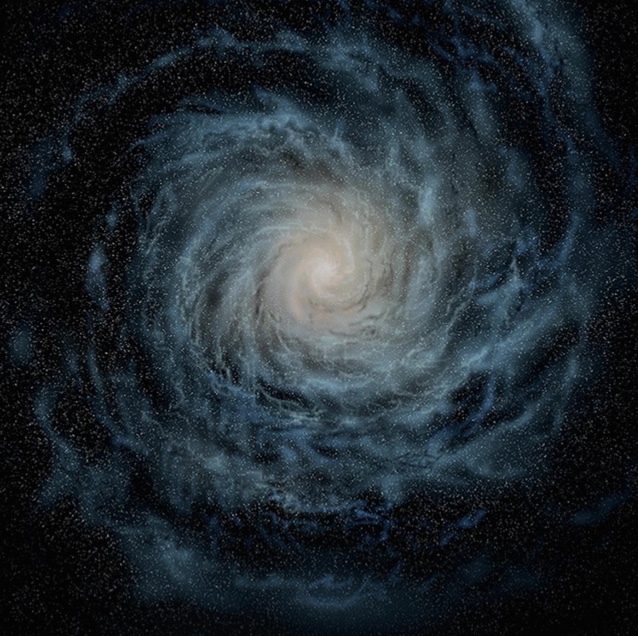 CHARACTERISTICS of PERFORMANCE
Creating broad cultural awareness of the rich heritage of the past, linked to the present, is our hallmark.
Inherent in the history of music is its ability to cross borders and bridge epochs. Our work reveals the innate strengths of finding unity within diversity, creating the unique cultural textures that illuminate and define a people. 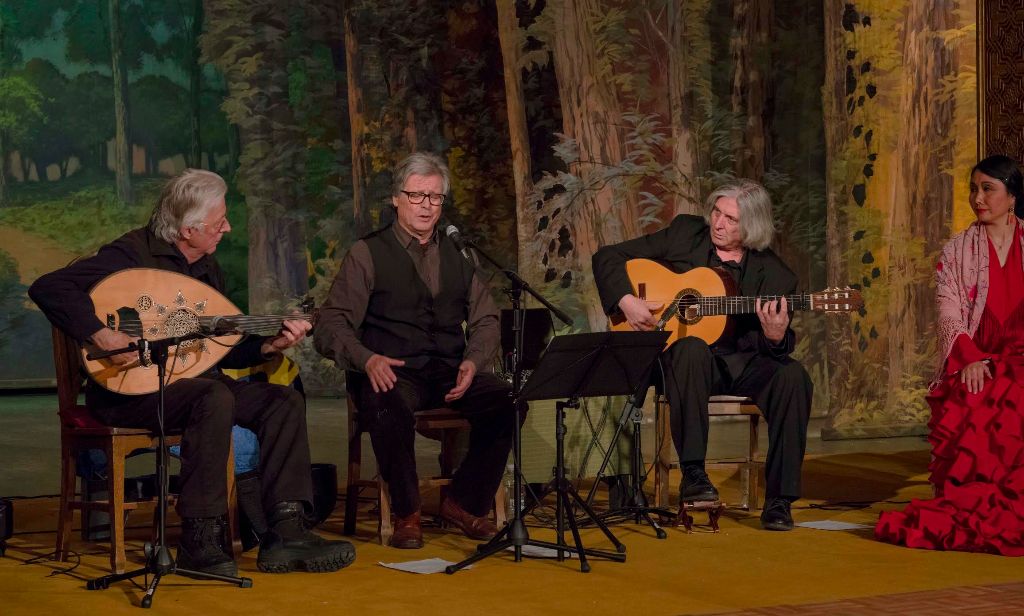 We proudly present the essential pillars of our Andalusian culture: literature (poetry and prose), music (flamenco, Sephardic and ancient melodies), & dance.
Our performances reveal a wealth of historical references and selected poems, combined with both original compositions & traditional flamenco music, as well as featuring an audiovisual biography of the poet, writer or place.

A native of Granada, Spain, Fernando specializes in the unique cadence and rhythms that are the foundations of flamenco music. He has gained international recognition as an innovator whose voice and compositions reveal the “melody” inherent in Spanish literature and poetry, including Lorca, Machado, Jimenez and Cervantes.
On the vanguard of integrating the traditions of flamenco with new approaches to teaching, Fernando is the author of two books and offers master classes at the university level. Exemplifying the rhythms that give musical identity to cultures around the world, he draws on ancient texts and melodies, as well as composing with today’s audiences in mind.
Fernando is honored to be an invited member of the International Council of Dance at UNESCO (No. 16955), which preserves indigenous dances from around the world. As a cultural ambassador from the region of Andalusia, Spain, Fernando is now based in Santa Fe, NM, USA and can be reached at Telephone: (+1 ) 505-603-0743
Information at: studyflamenco.com queeselflamenco.com
Fernando Barros Lirola barroslirola
@queeselflamenco queeselflamenco que es el flamenco
All rights reserved